Important : Please note that The Gaming Club does not accept players from Australia. Click here to find out why. If you are located in New Zealand or other non restricted countries you are welcome to play.

The Gaming Club has been online since the beginning of online gambling way back in 1994. The casino is powered by Microgaming which means you have over 500 casino games you can play from home.

The Gaming Club is one of the pioneers of the online gaming industry having opened their virtual doors in 1994. Operated by the Belle Rock Gaming Group, the casino is legally licensed as Digimedia Ltd by the Lotteries and Gaming Authority of Malta.

While they are one of the oldest casinos they have always remained right up to date to where today you can choose from over 500 casino games and even play on your mobile device or tablet.

You can get a four stage sign up bonus when you first play at The Gaming Club. These bonuses are as follows,

Software at the Gaming Club is developed by Microgaming who are one of the worlds biggest online gaming software providers. There are three software variations with a download version (Windows), an instant play version (*Mac & Windows) and a mobile version (iOS, Android, Blackberry, WAP).

The Gaming Club has the full suite of Microgaming pokies which gives you a huge number of games to choose from. Some of the most popular games with pokie players are Mega Moolah, The Dark Knight Rises, Mermaids Millions, No Worries, Treasure Nile and Isis.

The average payout percentage across all of the pokie games comes in at just under 97% which is considerably better than the games you'll find at your local gaming venue (The average in Australia comes in at around 90%).

If you're a fan of other casino games such as blackjack, roulette or video poker then you will be happy to find out that The Gaming Club gives you the chance to play all of these games and more online.

You can now play pokies at any time and anywhere with the Gaming Club mobile casino. The game range is much smaller compared to the download or instant play versions but quite a few of the most popular games can be played including Mega Moolah and Thunderstruck II.

Transactions at the casino are securely processed by Datacash Ltd (A Mastercard Company). You can deposit money lots of different ways with most players going for either credit card, debit card or web wallet.

When you make a withdrawal the money goes into a 48 hour pending period where you can choose to reverse the withdrawal if you want to keep playing. After the 48 hours has passed the withdrawal is then sent to be processed where it will then reach you in between 2 and 7 days.

As a player at the Gaming Club you will automatically earn points on every single bet you make that you can then redeem as extra cash to play with. For higher limit players the invitation only VIP Club offers increased rewards and a dedicated team of VIP hosts.

Important : Please note that The Gaming Club does not accept players from Australia. Click here to find out why. If you are located in New Zealand or other non restricted countries you are welcome to play. 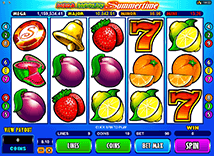